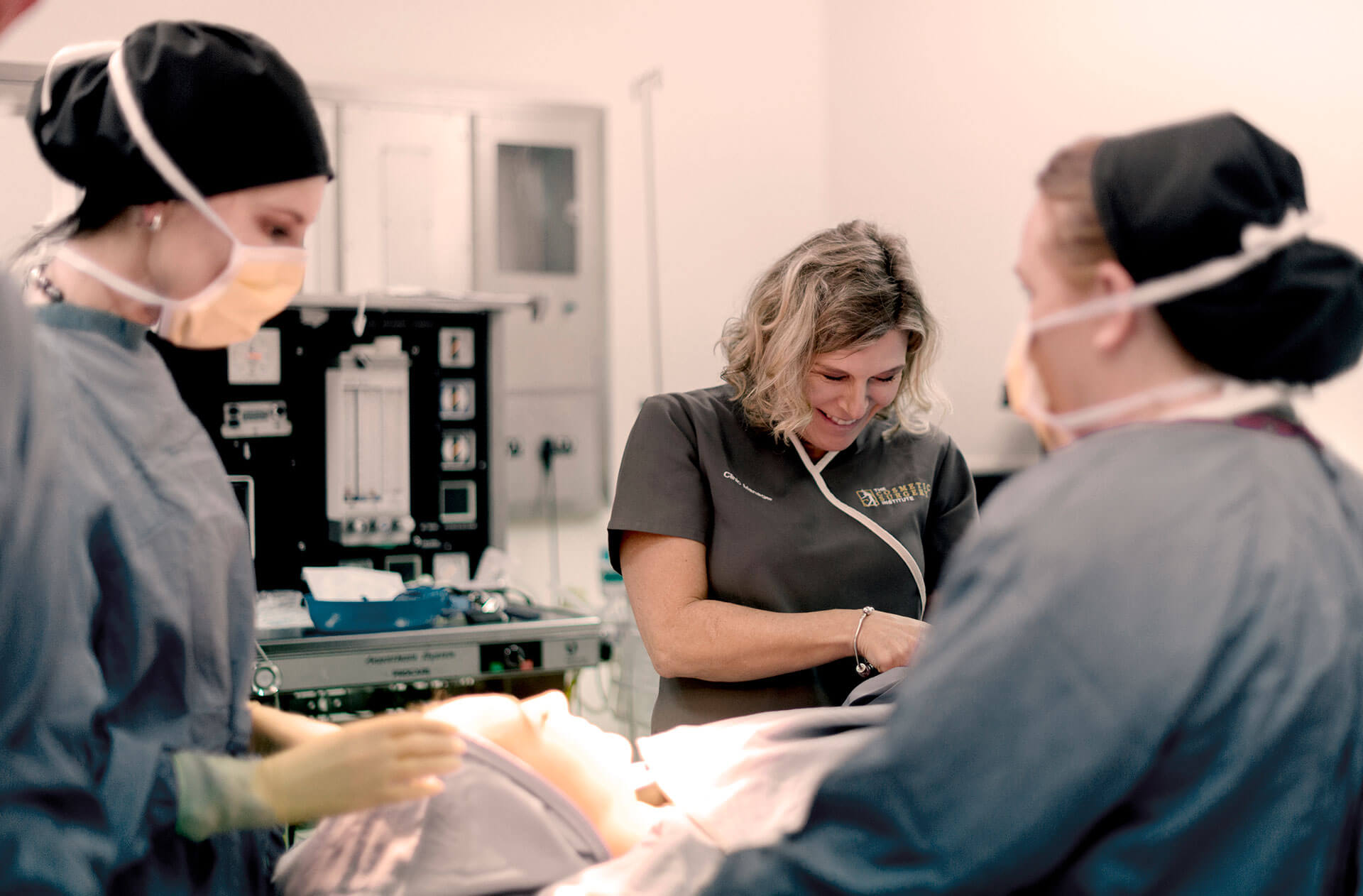 Cosmetic gynecology is a blend of plastic surgery and gynecology. It includes procedures that are performed for cosmetic reasons, to reshape of the vulva, vagina or labia, often correcting changes that occur due to pregnancy, childbirth, ageing or genetics. Cosmetic gynaecology can enhance the physical appearance as well as the function of the vagina and labia, making sexual activity more enjoyable.  Three of the most commonly performed procedures are labiaplasty, clitoral hood reduction and vaginoplasty.

A labiaplasty is a procedure that involves modifying or reducing the labia minora and/or the labia majora, often creating a neater, or more symmetrical appearance.

In a clitoral hood reduction, which is often performed with labiaplasty, excess tissue around the clitoris is removed, improving the overall appearance of the vulva.

A vaginoplasty is performed to repair a vagina, or to construct one, in the case of gender affirmation surgery. Some procedures are performed for medical reasons.

What can you expect from a cosmetic gynaecological procedure?

You can look forward to an enhanced aesthetic appearance of the vulva and vaginal areas and an increase in confidence, self-esteem and sexual satisfaction.

In a labiaplasty, the surgeon performs a ‘resection’ which removes tissue from the labia to reduce volume. In a clitoral hood reduction the surgeon makes a bilateral excision to remove tissue, or cuts away excess tissue with parallel incisions.

In a vaginoplasty, the procedure used will depend on the reason for the surgery; there are a variety of surgical techniques.

How should I prepare for a procedure?

Before your surgery you may be asked to stop smoking for 2 – 4 weeks prior to the procedure.  Nicotine retards the healing process and quitting for as long as possible before surgery helps improve blood flow. You will also have to have a blood test before surgery is performed. You should stop taking certain medication, like aspirin and some anti-inflammatory drugs.  Avoid recreational drugs and disclose to your surgeon any other medication you’re taking, since you may need to adjust these.

Be sure to arrange for transport to and from the clinic, since you will not be able to drive yourself after the procedure.

Where will my surgery be performed?

The surgery will be performed in one of our fully-equipped operating theatres.

What anaesthetic will be used for the procedure?

The procedures will be performed under local anesthesia with oral sedation or under general anesthesia.

How do I recover from the procedure?

Post-surgical care depends on the type of procedure you have. You may need to take a week off from work while healing. During this time, you can help reduce swelling and pain by using an ice pack for twenty minutes at a time and resting with your bottom elevated. Most swelling will be gone after about six weeks but some swelling and itching may be present for several months. Full recovery from a vaginoplasty may take 12 to 18 months, depending on the extent of the surgery.

What can I expect after the procedure?

When can I return to normal activities?

This will depend on which procedure you have had. You should be able to walk about and engage in light activities within about a week but you should wait four to six weeks before performing any strenuous activity or having intercourse

What risks are involved in the procedure?

As with any surgery, there are some risks, which include bleeding, infection as well as the general risks associated with anaesthesia.

Risks associated with labiaplasty, clitoral hood reduction and vaginoplasty, and the recovery process of these procedures will depend on the type surgery performed. These may include the risk of nerve damage and under- or over-resection (removing too little tissue, or too much).

This website uses cookies to improve your experience while you navigate through the website. Out of these, the cookies that are categorized as necessary are stored on your browser as they are essential for the working of basic functionalities of the website. We also use third-party cookies that help us analyze and understand how you use this website. These cookies will be stored in your browser only with your consent. You also have the option to opt-out of these cookies. But opting out of some of these cookies may affect your browsing experience.
Necessary Always Enabled
Necessary cookies are absolutely essential for the website to function properly. These cookies ensure basic functionalities and security features of the website, anonymously.
Functional
Functional cookies help to perform certain functionalities like sharing the content of the website on social media platforms, collect feedbacks, and other third-party features.
Performance
Performance cookies are used to understand and analyze the key performance indexes of the website which helps in delivering a better user experience for the visitors.
Analytics
Analytical cookies are used to understand how visitors interact with the website. These cookies help provide information on metrics the number of visitors, bounce rate, traffic source, etc.
Advertisement
Advertisement cookies are used to provide visitors with relevant ads and marketing campaigns. These cookies track visitors across websites and collect information to provide customized ads.
Others
Other uncategorized cookies are those that are being analyzed and have not been classified into a category as yet.
SAVE & ACCEPT